Envirage has been associated with Jeff David since 2010. In 2010 and 2011 Jeff and co-driver (Grant Geelan - Autohaus Hamilton) competed in the Australian Classic Rally Championship with their 1973 911 2.7 Carrera. Envirage provided race engineering support, driver coaching and general advice on the preparation of the car. In 2011, the 911 saw a series of improvements in handling and traction. With the aid of a data logger, g-sensors and a yaw-rate sensor, the dynamic properties of the car were characterised and changes were made to improve the yaw moment vs. lateral G relationship. With it's rear-biased weight distribution, the 911 had excellent traction, but the car was inherently lazy to steering response and had little front lateral grip. Modifications suggested by Envirage in the way of track width ratio, damping and roll-stiffness improved the control and grip of the car whilst not compromising on the stability and response. Subsequent improvements in Jeff's driving and note-making made the combination, regularly, 0.4s/km faster than their nearest rivals. 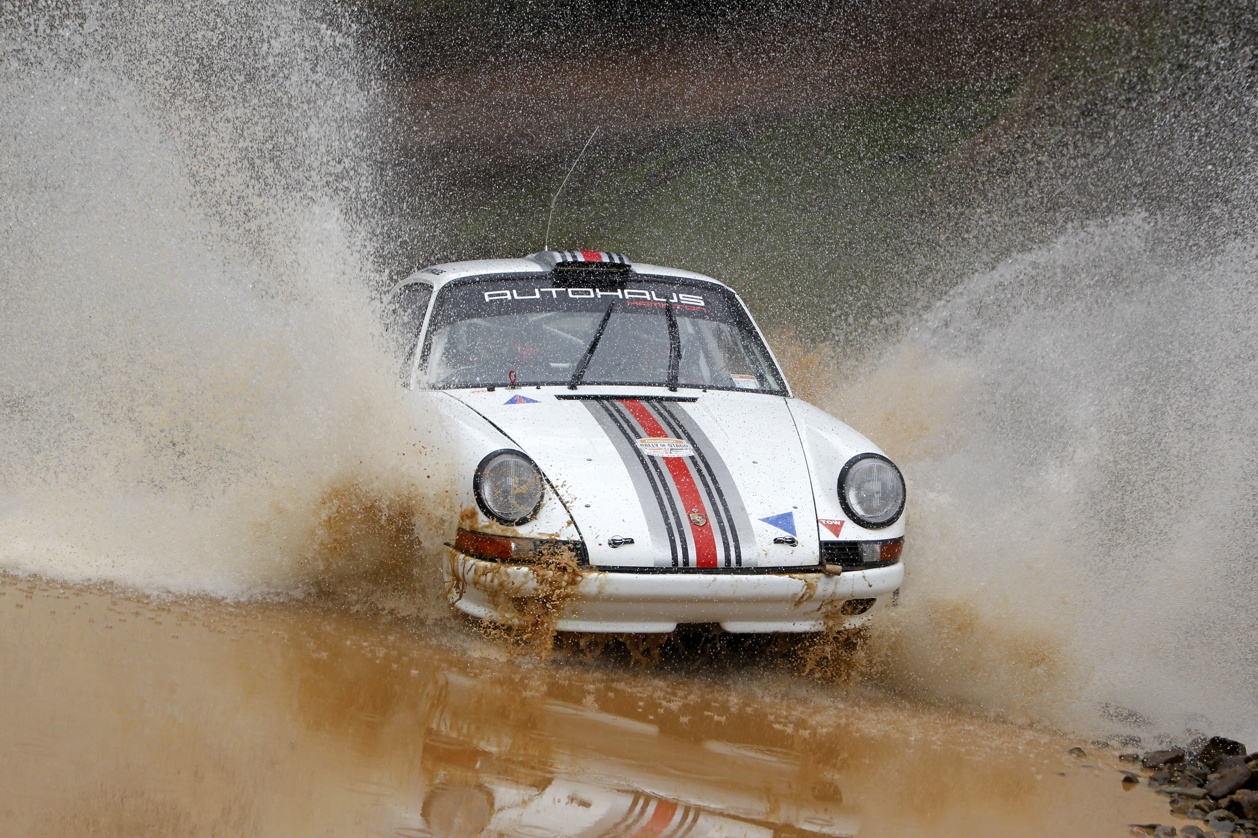 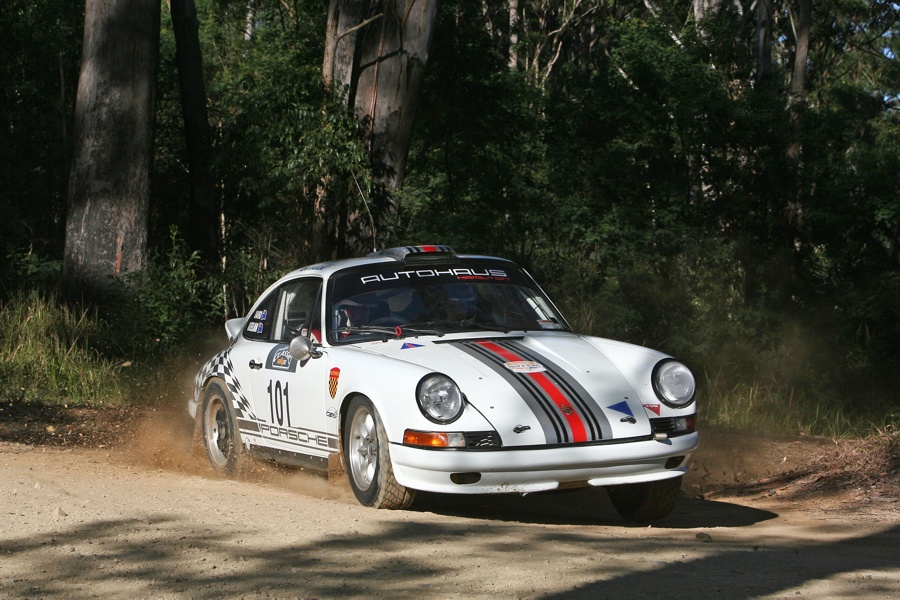 For 2012 Jeff has had made a new 911 for the Australian Classic Rally Challenge based on the wide-body SCRS model. Envirage has measured the suspension of the new car and has worked closely with MCA Suspension in finding an ideal spring damper arrangement for the car. The new car has also been equipped with a data logger capable of measuring the four wheel speeds; front, middle and rear lateral and longitudinal g-forces; yaw-rate and many others. The development of the new car has only begun. This car should also benefit from our yaw moment analysis techniques as well as the usual suite of load transfer and roll stiffness modelling.

This project is in collaboration with Autohaus Hamilton and Greg Cambell Motorsport.